Hopping along in an FC dream 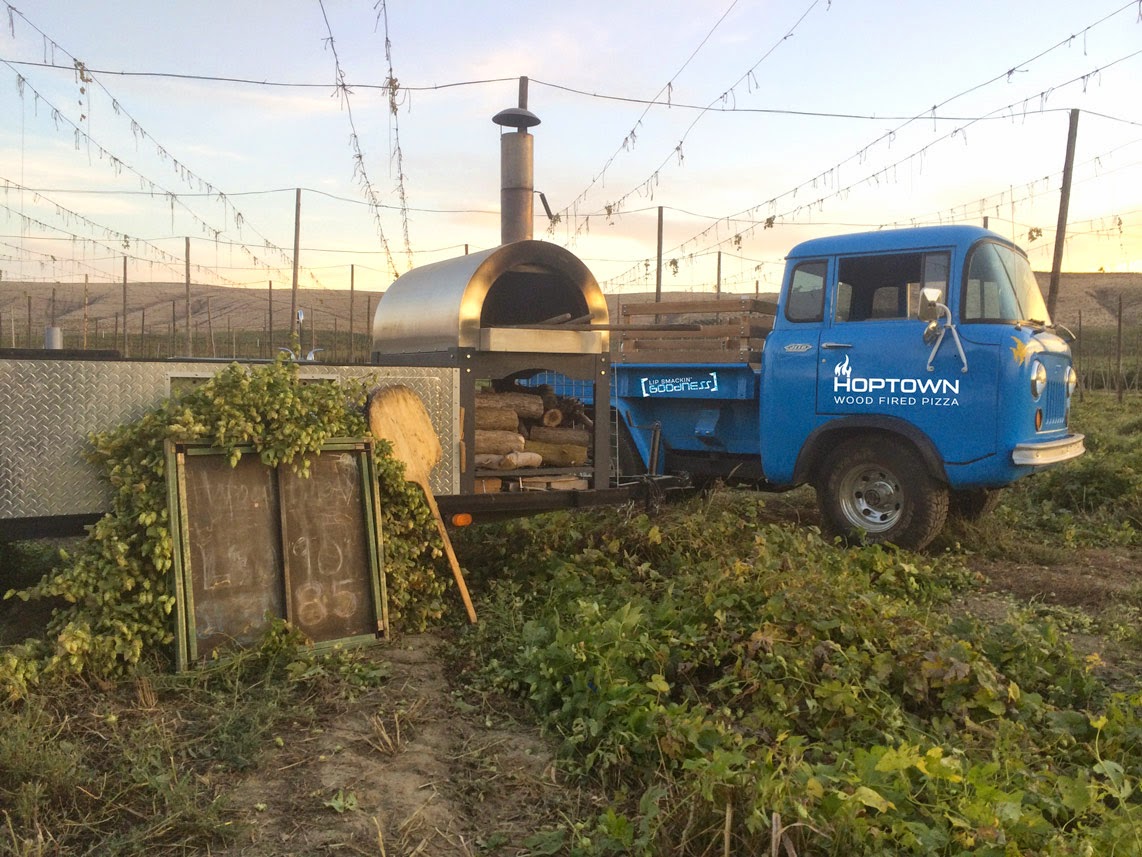 When Carrie Wright and Lori Roy first saw the bright blue grille of a particular Jeep FC 150 they decided it would be the perfect mascot for a new pizza business.

Carrie and Lori had considered opening a company for some time when they had their first encounter with the truck. One day in the town of Yakima, Wash. the two spotted the FC. Three days later the Jeep, and the goose-like honk of its horn, was the newest member of their business venture.

"Lori and I were dreaming and scheming how to get our own business off the ground," Carrie wrote. For a while the pair thought of opening a wood-fired pizza place. "The lil' blue truck sealed the deal," Carrie noted. "One look [at the FC] and we had the whole marketing budget and plans centered around the Jeep FC 150."

The Jeep was the first of two lucky buys that made HopTown Pizza possible. The second was a mobile pizza cart that Carrie and Lori found listed on Craigslist in Seattle. This transportable station allows the girls to cook authentic wood-fired pizzas anywhere they can drive the Hop-A-Long FC with the Tag-A-Long pizza cart. "We just knew this new cart and the blue Jeep would be a match made in heaven," Carrie said.

All the business partners had to do then was get accustomed to cooking with the pizza cart and, again, they scored big. The cart came with a recipe called "10 years perfecting the perfect crust" and when it came to deciphering the secrets of the mobile oven, the cart's former owner gave the pair plenty of advice and answered all of their questions enthusiastically.

The FC's unique character rings very true for Carrie and Lori. "The Jeep takes us back to our farm town roots. Both Lori and I were raised on farms and understand the value of community." Carrie feels their pizza is full of the same genuine ingredients as their upbringing.

"Nowadays, you can see the Hop-A-Long packed full of fresh and local goodness parked around Yakima, or bouncing along through the hop fields of Moxee," Carrie said. Moxee is the Washington town outside of Yakima where Carrie and Lori reside. Moxee is located in the Yakima Valley, one of the most fertile and productive hop-harvesting regions in the world. According to USAHops, the valley "contains approximately 75 percent of the total U.S. hop acreage." This industry is booming in Yakima. Carrie wrote that their bountiful valley "is coming alive with wine, cider and craft brewery tasting rooms."

In addition to the mobile cart towed by the Hop-A-Long FC, Carrie and Lori hope to open a HopTown Pizza storefront property in Yakima by the end of this summer, though the Jeep will always play a major role in the business. "The Jeep FC 150 is alive and kicking at the center of our dream," wrote Carrie.

Carrie and Lori have partnered with a new brewery in their area called HopNation, expected to open sometime this month. There they will appear several times every week to cook pizzas beside their FC.

So, if you're ever in the Yakima Valley, keep an eye out for an eye-catching blue FC 150 with "a honk that will get you smiling every time."

Email ThisBlogThis!Share to TwitterShare to FacebookShare to Pinterest
Labels: FC

Welcome to the JeepTruck.com Story Blog. Scroll down to find all of our latest stories. See each of our Sections above for a specific topic, use the Archive to browse headlines and the search bar to find specific Jeep models, parts and more.